to try products and services.

My goal  — my only goal — is to help you get more business and increase your revenue through writing direct response copy that WORKS … that brings you RESULTS.

If you are a Company

or an Agency providing copy to companies and businesses, my job is to help you improve your bottom line.

And I love it when I see the results my writing generates . . . over and above the monetary reward to myself.

I LOVE using the power of words to SUPERCHARGE businesses of all sizes.

Words can do that, along with images, IF you put them in the right order…

Some neat stuff in your newsletters and I like the innovative approach you take there.

How I Became a Professional Copywriter

Born in Melbourne, Australia, I was educated at Mt. Eliza’s The Peninsula School where I learned how to appreciate great literature, great writing, even becoming a decent writer myself, so my teacher and mentor Mr. Abeyaratne told me, more than once.

I also developed an intense interest in human behavior and exploring what it is that motivates people to think and act they way they do.

During those years I trained in quantitative and qualitative research methods where measuring behavior is central to understanding it.

My first job was in a Geographical Information System lab (ACASIAN) helping market GIS datasets internationally in one of the earliest academic e-commerce initiatives at that time (late 90s).

I also began to write and publish on my own blog before “blog” was even a thing. (A later version of that original site is still online).

I moved to Taiwan in the mid 2000s, where I learned all about business and manufacturing in the bicycle sector.

I worked mainly with one small business while branching out to help other small companies improve their business communications, advertising, and online visibility, as well as writing about companies in trade publications.

My clients now include high-end electronics firms such as Benq and Sumitronics, and large agencies such as Olily, although I still work extensively with SMEs.

In my spare time I go cycling and hiking.

And I read…a LOT.

I read widely which gives me insight into wide range of potential writing niches.

I look forward to hearing from you, finding out about your company, and what you’re aiming to achieve.

I am certain I can help you.

To YOUR marketing success 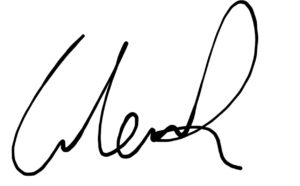 I use cookies on this website to give you the most relevant experience by remembering your preferences and repeat visits. By clicking “Accept”, you consent to the use of all the cookies.
Do not sell my personal information.
Cookie SettingsAccept
Manage consent

This website uses cookies to improve your experience while you navigate through the website. Out of these, the cookies that are categorized as necessary are stored on your browser as they are essential for the working of basic functionalities of the website. We also use third-party cookies that help us analyze and understand how you use this website. These cookies will be stored in your browser only with your consent. You also have the option to opt-out of these cookies. But opting out of some of these cookies may affect your browsing experience.
Necessary Always Enabled
Necessary cookies are absolutely essential for the website to function properly. These cookies ensure basic functionalities and security features of the website, anonymously.
Functional
Functional cookies help to perform certain functionalities like sharing the content of the website on social media platforms, collect feedbacks, and other third-party features.
Performance
Performance cookies are used to understand and analyze the key performance indexes of the website which helps in delivering a better user experience for the visitors.
Analytics
Analytical cookies are used to understand how visitors interact with the website. These cookies help provide information on metrics the number of visitors, bounce rate, traffic source, etc.
Advertisement
Advertisement cookies are used to provide visitors with relevant ads and marketing campaigns. These cookies track visitors across websites and collect information to provide customized ads.
Others
Other uncategorized cookies are those that are being analyzed and have not been classified into a category as yet.
SAVE & ACCEPT
Scroll to Top